Since 1976, 2KM has been working in the manufacturing of mixing and metering units for the processing of liquid polymers. For the past 15 years the units for vacuum infusion from the ResinMix range have been an integral part of the product portfolio placing us among the world’s leading suppliers of machines for the production of wind turbines.

The knowledge gained on the specific process allowed us to structure the project in the most effective way. It was for example necessary to prepare the injection resin materials prior to the actual processing, which divided the production process into two separate steps, the processing, followed by the infusion. 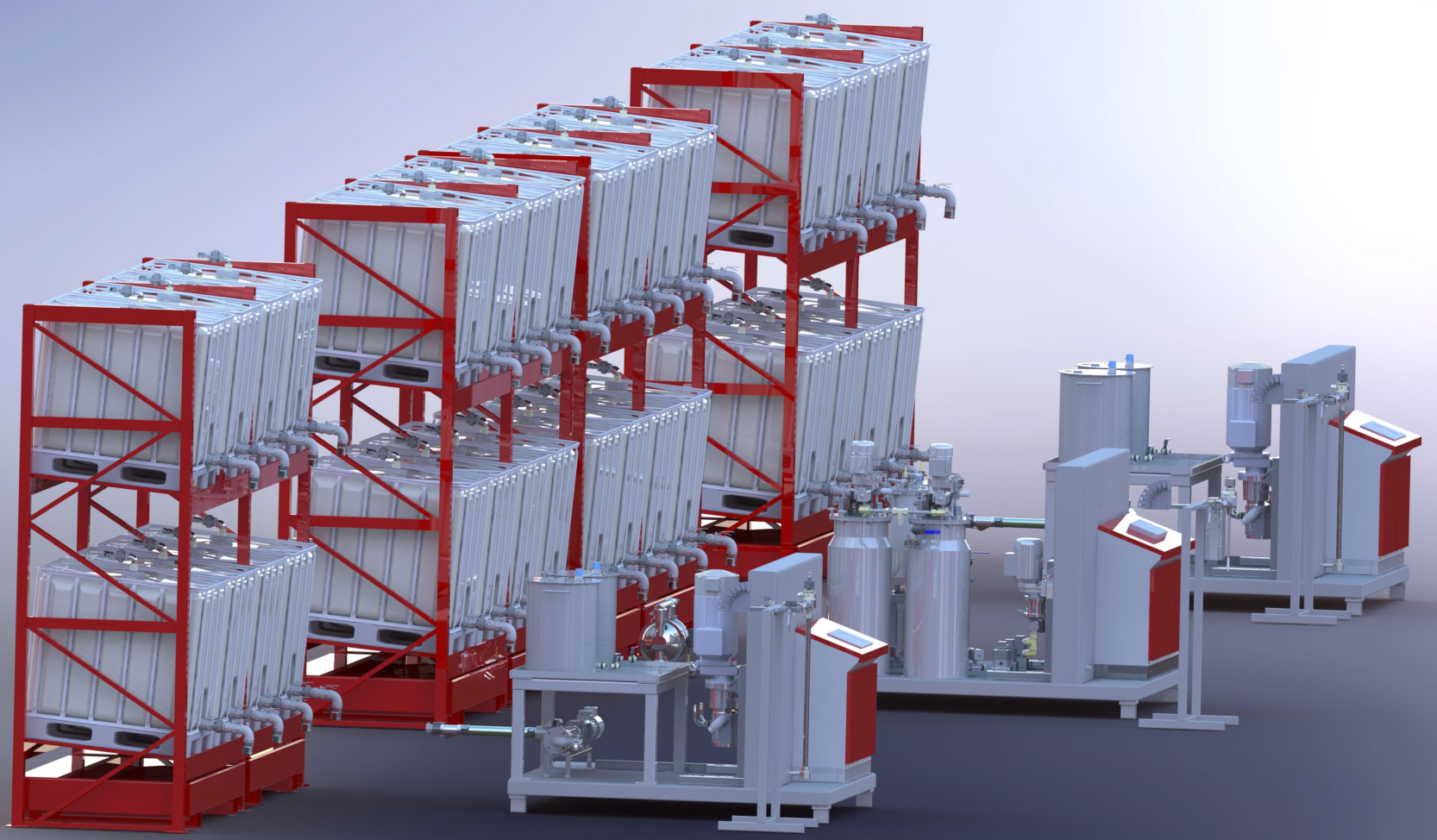 The plan was to vacuum inject 20 Tonnen Venyl-Esther resin into a mould in just one shot. Prior to doing this, the original material had to prepared, i.e. an additive was added to the basic resin material, making the latter reactive.At the same time, the material was vacuum-degased, to avoid blistering at a later stage of the production process, which would have lead to a weakening of the laminate.

Once activated, the basic resin material had to be processed in the course of a defined time frame – in this specific case that period amounted to 5 days -. The injection material was supplied in 1000 litre IBCs. A total of 32 IBCs had to be handled for the production process. However, with regards to the fact that even a shipyard only offers a limited space, it was necessary to develop a special concept assuring both a vacuum processing and at the same time a storage of the material. For this purpose, the material had to be pumped from a container, via the vacuum processing unit, into an empty container.

To make sure that the number of containers needed would not be doubled, always the emptied IBC was used for the next processing step. This means that just one extra container was needed for the processing of 20 tons of material or 20 IBCs. The complete procedure was effected in intervals and automatically controlled by means of the vacuum processing unit. 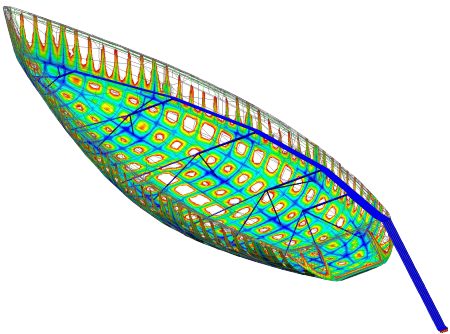 Similar to the vacuum processing being a special task, the actual infusion, too, meant a step into a completely new direction. For the first time, the processing was done without the usual buffer container.
Thanks to a specially developed distributor made by Messrs Polyworks BV (Nijverdal, The Netherlands), the resin material was injected directly into the mould, dynamically controlled and metered by a vacuum sensor. To be able to reflect the large dynamic range of this process, the popular asynchronous motors used so far had to be left out. They were replaced by direct-current servo motors like the ones used in the robotics sector. Two redundantly working metering units were used for the expanded dynamic metering range, enabling a cast resin filling into the vacuum moulds of up to 120 kg material per minute.

The total filling process was divided into two steps, during the first of which 15 tons of material was processed, and in the second step another 6 tons were injected.
The successful outcome of this project has offered 2KM the opportunity to use the very same technology, supported by the powerful ResinMix range, in smaller scale projects.